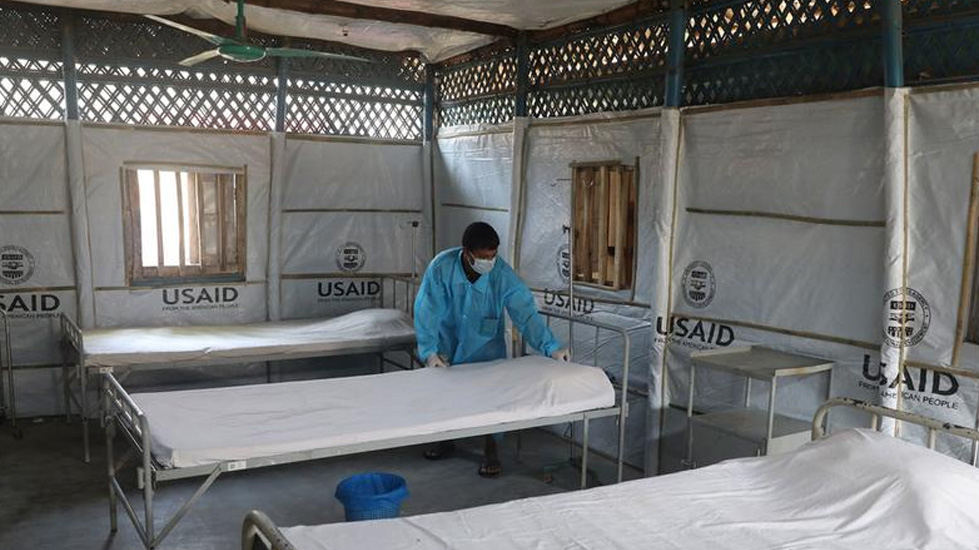 Since the respiratory disease emerged in central China in late December, health officials have raced to locate where and how the virus was first transmitted from its animal host to humans.

It is believed that a now-closed Wuhan city wholesale market “played a role” in the outbreak, said Dr Peter Embarek, Food Safety and Zoonosis Expert at WHO, but it is not clear if it was the original source.

“All these preliminary studies and interviews and collection of data and so on will help pinpoint both in time and in geographic terms where to look for the source; and it could be again”, he said.

“In this case, it could be again around the markets in Wuhan, but it could also be outside or further out, and therefore, there is no point jumping and starting to test animals all over the place, before having done this groundwork.”

In a videoconference with journalists, Dr. Embarek highlighted the fact that many people showed few or no symptoms of infection with COVID-19, likely contributing to the outbreak’s rapid spread.

“We’ve learned a lot about the disease and we know that the vast majority of cases have no or mild symptoms, so it would not be surprising if at that time, there were a lot of mild cases that were undetected, because we didn’t even know they were mild cases. And that could explain how some of the people who had no link with the market could have been infected.”

In previous coronavirus outbreaks, such as the MERS episode in 2012, finding the missing animal-human link has been far from straightforward, even though “everybody was looking for the source”, Dr. Embarek explained.

In the end, it took months of epidemiological detective work and a slice of “luck” before the transmission link to camels was found, after health officials in Qatar reported two suspect cases linked to a farm, which were followed to confirm the link to the dromedaries.

“It’s not too late, and as I said for the MERS virus, it took about a year before we found the source,” Dr Embarek said. “So, it’s never too late, but it’s important that we try to find the source and understand what happened at the start of the event to avoid a repeat of this event and to avoid another spill-over event in coming years with other different viruses.”

For scientists, getting the original virus “before it adapted to humans” under a microscope could help to unlock genetic secrets that could help protect future generations, the WHO official continued.

“Then we would better understand how it adapted to humans, how it evolved and what are the changes in the make-up of the virus that most likely did this adaptation”, Dr. Embarek said. “Because…we can see mutations sometimes, but we don’t really understand which mutation is critical and which one is less critical; because they are mutating all the time and in 99 per cent of the case this mutation means nothing – and we have to understand the critical ones.”

Echoing calls for stronger health controls on wet markets – a common feature of daily life throughout Asia – the expert noted that the “vast majority can be fixed…It’s a question of separating the public from the live animals and the people vending and slaughtering these animals; so it’s more about management than regulations and inspections and cleaning and disinfections.”

Concerning the transmissibility of infection by animals that regularly come into contact with humans, the WHO official noted that cats were susceptible to the virus and can also transmit the disease to other cats. Ferrets have also been infected along with dogs “to some extent”, while pigs and poultry seem to have greater resistance to the disease.

No mosquito, or parasite transmission

He also said that the new coronavirus could not be transmitted by mosquitos and parasites.

“There has been discussion about mosquitos and whether other animals could transmit the virus and that’s not the case”, Dr. Embarek said. “These viruses have very specific affinities to certain animal species and again to their ability to attach and infect specific cells of different species. They cannot at all invade and infect particular animal species so it’s not like they can invade whatever they touch or move into.”

Asked about the level of WHO collaboration with Chinese health authorities into tackling COVID-19, he responded that “China has most probably and most likely all the expertise needed to do the investigations; they have a lot of very qualified researchers to do that.”

At the same time, he noted that it was “often useful sometimes to have discussions and to have collaborations with groups and with researchers and with people from all over the world who have had – or gone through – similar events, and similar studies, and have experience to share and that has always enriched and improved the speed and quality and likelihood of success. of these very complex studies.”