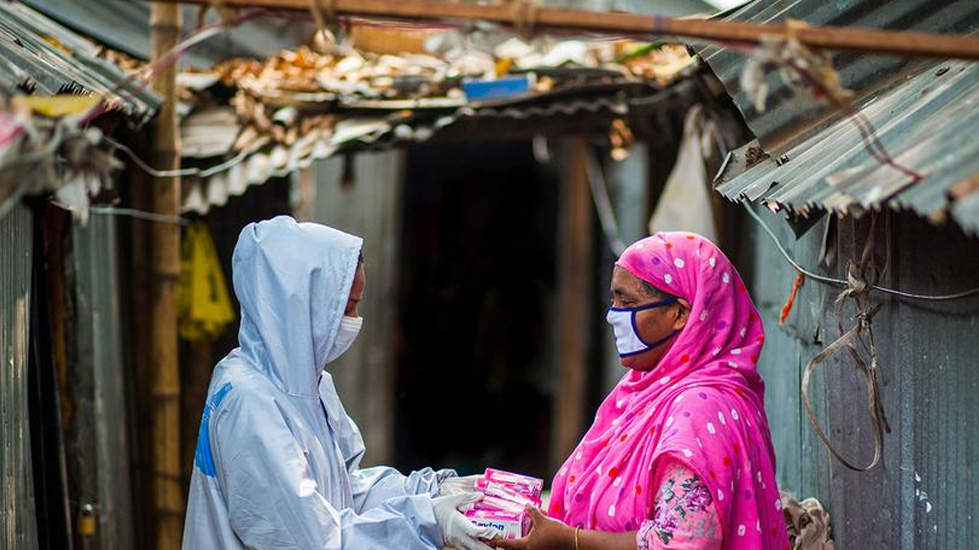 The COVID-19 taskforce initiative follows a direct request to WHO from UN Secretary-General António Guterres to coordinate the Organization’s response to the new coronavirus.

“The demand has obviously increased in those markets 100 or 200 times normal demand”, he told journalists via video conference. “On the supply side we saw a lot of shutdowns in manufacturing, we saw a lot of export controls, we saw the international air transport system on which we’re quite dependent for the movement of cargo, gradually shut down, so we’re at the point where we need to look for solutions to this.”

As part of the collective effort by the UN and public and private partners, a dedicated “COVID-19 Supply Portal” is set to launch within days, offering countries the opportunity to submit supply requests via a single platform.

This will enable the humanitarian supply chain system “to plan and coordinate allocation of critical supplies” to those 135 countries deemed to be most vulnerable, WHO said in a statement: “We need to streamline demand at country level to really look at the highest priority and to try and get the numbers to something manageable and coordinated,” Mr Molinaro said, highlighting the first of the initiative’s four priorities.

“Step two is collaborative procurement amongst ourselves in the UN and some of our key partners in approaching the market together. This gives us a bigger voice, particularly in a constrained market with a lot of intense competition”, he added.

“The third part is allocation process based on vulnerabilities and gaps and on critical needs. And then the fourth step – in light of difficulties with transportation – is to create a unified transport system, and this is something our partners are currently doing, particularly WFP.”

After raising the alarm earlier this year about the health threat posed by the new coronavirus that emerged in central China in December, the WHO announced that it was stepping up support to countries with beleaguered public health systems.

To date, it has distributed 1.1 million tests to 129 countries, and “we have another 1.5 million on the way”, Mr Molinaro said, noeting that the new supply chain initiative should secure a further nine million tests, which would be allocated as needed.

In addition, partner agency UNICEF (the UN Children’s Fund) has shipped supplies to 44 countries including 1.2 million surgical masks, more than 320,000 respirators, 6.4 million surgical gloves and over 250,000 gowns. UNICEF has also shipped oxygen concentrators, basic surgical equipment, stethoscopes, medication and nutrition to the Democratic Republic of the Congo (DRC), along with personal protective equipment to Iran and Venezuela, and a 50-bed COVID-19 isolation and treatment unit to Cox’s Bazar, Bangladesh.

The positive development comes amid concerns about border closures or delays which are already impacting aid deliveries, including at the border between Uganda and Kenya, WFP spokesperson Elisabeth Byrs said: “We are seeing long queues of trucks waiting, because…some governments like Uganda, Kenya and Rwanda are taking the temperature of the truck drivers; this slows the delivery of food in the country.”

There are also concerns that frontier delays and protective trade measures may hamper life-saving immunization work. “There’s enormous challenges and the longer we continue to face this situation, it’s clear there are going to be repercussions outside the COVID response,” said Mr Molinaro. “We already see UNICEF vaccine shipments which are highly dependent on commercial air cargo, we do see those having been disrupted in the month of May – in the month of April sorry- if this continues into May, there will be gaps in routine immunisation and also in campaigns against outbreaks of other diseases.”

Asked about distribution of supplies to Latin American countries, the WHO official replied that although there may have been some “difficulties…in the beginning” when the caseload wasn’t high, “the situation has changed and as mentioned, we’re in the process of now planning that the next acquisitions and batch volumes we get, at least in PPE, will be making their way in that direction, certainly.”

Moving forward, the COVID-19 taskforce’s strategy is to “speak up for those countries that don’t have the means to access life-saving supplies”, WHO said. Its partners include UN agencies, The Global Fund, the World Bank, and other partners.

In a related development, the World Food Programme (WFP) issued an alert about a potentially massive spike in global food insecurity in East African nations and the Horn of Africa, as a direct result of the pandemic.

“WFP estimates that 20 million people are now food insecure in many countries in the region. Ethiopia, South Sudan, Kenya, Somalia, Uganda, Rwanda, Burundi, Djibouti and Eritrea,” said WFP spokesperson Elisabeth Byrs. “We have done projections about the situation there, about the number of food insecure people, and this number is likely to increase to 34 million up to 41 million during the next three months, due to the social-economic impact of COVID-19.”