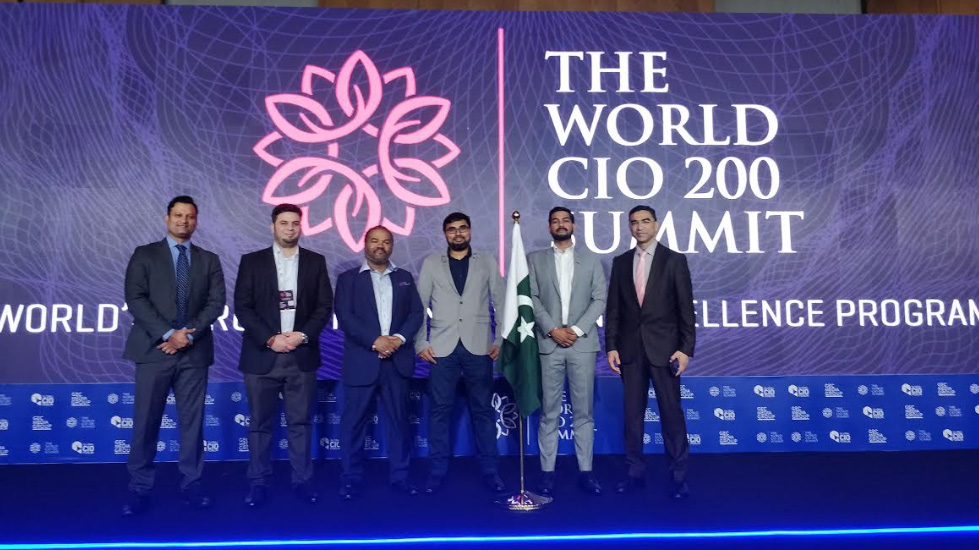 Loco Services took the initiative for the encouragement and recognition of Pakistan’s Chief Information Officers at International level. Brining the part of The World CIO 200 Summit is such a great opportunity to actually promote the tech side of Pakistan and provide CIOs the medium to showcase their achievements.

In the 2019 edition of The World CIO 200 Summit, there were 3214 nominations received prior to the event, which were evaluated by the global jury. Subsequently, 200 top CIOs were shortlisted and nominated for the DX Inspire Awards 2019 to be announced in this year’s event. The shortlisted CIOs for the summit included 6 top CIOs from Pakistan including Syed Asif Shah from Central Depositary Company (CDC), Faizan Mustafa from Toyota Indus Motors, Iftikhar Arif from Muller and Phipps, Imran Soomro from JS Bank, Kashif Rana from PIA, and Dr. Sahibzada Ali Mahmud from Khyber Pakhtunkhwa Economic Zones Development and Management Company (KPEZDMC).

Out of the 200 CIOs, 20 were able to win the DX inspire awards which included two from Pakistan; Faizan Mustafa, CIO of Toyota Indus Motors and Dr. Sahibzada Ali Mahmud, CISO of KPEZDMC. This is indeed a moment of pride for Pakistan that capable CIOs are not only available in the private sector but also the public sector to lead the digital transformation journey for their organizations.

Muhammad Umer Khokhar from Loco Services was heading the contingent of CIOs to UAE, where CIOs from 15 countries were present along with top speakers of the world. It is really an honor have Pakistan’s flag flying high among other countries of the world.

Muhammad Umer Khokhar (Loco Services) commented, “Pakistan being the part of The World CIO 200 Summit, is such a great achievement and one step ahead towards the promotion and recognition of Tech experts in Pakistan. This unique platform grows IT leaders, speaks with one voice on issues facing CIOs, and builds a vendor-neutral community for safe exchange of ideas and best practices. We look forward for even more participation in coming years.”