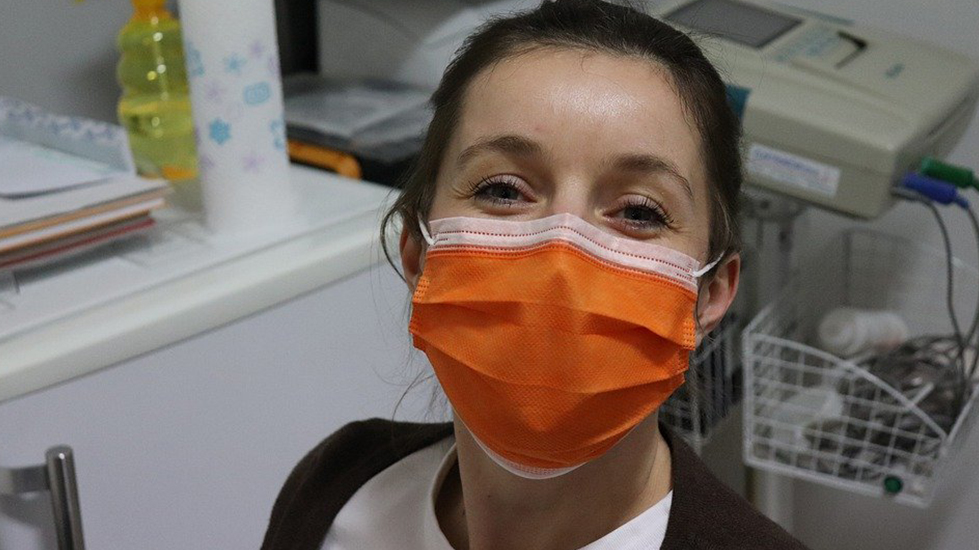 “Today, we are more deeply grateful than ever to all of you, as you work, round the clock, putting yourselves at risk, to fight the ravages of this pandemic”, the UN chief said, addressing “the nurses, midwives, technicians, paramedics, pharmacists, doctors, drivers, cleaners, administrators and many others – who work, day and night to keep us safe”. In the first report of its kind into nursing and midwifery across 191 countries, the UN health agency and other key representatives of the profession also expressed concern at the violence or intimidation they face, and the need for special protective measures.

“We have seen unprecedented levels of overwork by nurses, particularly those specialised in intensive care units, those in management or those most directly involved in the response to the COVID-19 pandemic, oftentimes without adequate time for rest and recuperation, without support and assistance, with limited considerations for their mental health and wellbeing.”

Levels of COVID-19 transmission among health workers have also rung alarm bells, with data indicating a nine per cent infection rate in Italy two weeks ago, and a 14 per cent rate in Spain.

In total, more than 100 health professionals have died from the new coronavirus since it first emerged in China in late December, said Howard Catton, head of the International Council of Nurses (ICN) and co-chair of the report.

“We believe that the lack of PPE and the problems of supply is undoubtedly linked to the high infection rates and some of the deaths we have seen as well,” he told journalists via videoconference, before appealing for more countries to supply disaggregated data on health professionals that have fallen sick.

Nurses seen as a risk not a solution

Concerning attacks against health workers linked to the pandemic, the report’s authors noted how health professionals were seen as “a potential risk, as opposed to being a solution” to COVID-19.

“This really reinforces the need to have adequate communication for the public as well as specific measures to be put in place to protect workers particularly in response to the current pandemic”, said WHO’s Mr. Cometto.

Echoing that call, Baroness Mary Watkins, Alternate-Chair of Nursing Now and co-chair of the report, underscored that nurses have also been attacked “not only with COVID care, but with Ebola, with AIDS, with HIV”.

It was “completely unacceptable” to threaten health workers and it should be considered an offence in all countries of the world, she insisted.

Repeating the need for more testing kits for COVID-19 to be made available to health workers and the wider population – an urgent call by WHO since the beginning of the outbreak – Baroness Watkins said that the situation bore some similarities with a lack of available tests in some countries when HIV/AIDS emerged.

In Zimbabwe, nurses were on strike because they did not have access to protective equipment “and they are frightened”, ICN’s Howard Catton said.

Today, COVID-19 tests are essential for health workers “so that they are assured and also so that they can return to work”, Baroness Watkins continued, “because we’re aware across the world at the moment that we have a very high proportion of health care workers not going to work because they are afraid they’ve been affected, or that they have not got an infection or that they’ve had it they’re over it. So, we’ve really got to push for investment in testing and the development of the right tests.”

On a more positive note, Mr. Catton welcomed the “huge outpouring of positive recognition” for shown to health workers – such as the nightly handclapping show of solidarity in many countries – which suggested that “we may be seeing some changes in attitude towards nurses”.

The President of ECOSOC, the UN Economic and Social Council, Mona Juul, also praised the selflessness of all health workers around the world, striving to end the pandemic: “On this World Health Day , I express my sincere appreciation for the countless frontline healthcare workers, who are working to prevent further outbreaks and develop treatments, with their own safety on the line”.

“On World Health Day our thoughts are with the families and loved ones of those who have succumbed to COVID-19”, said the President of the General Assembly, Tijani Muhammad Bande. “I salute all healthcare workers who are selflessly serving humanity during the greatest challenge to face our world since the creation of the United Nations 75 years ago.”

He noted that “healthcare workers cannot do this alone, it is incumbent upon each of us to take action. The onus is on us as individuals to wash our hands and practice social distancing. It is our collective responsibility to take multilateral action to combat COVID-19. I call on Member States to continue to give their full support to all healthcare professionals who are on the frontlines of the fight against coronavirus.”

Among its other findings, the State of the World’s Nursing Report – published jointly by WHO, Nursing Now and the International Council of Nurses – highlighted a global shortfall of nurses and midwives.

The global nursing workforce is 27.9 million, of which the bulk – 19.3 million – are professional nurses.

Apart from the immediate health risks to workers that the global staffing shortage has created during the ongoing pandemic, nursing representatives believe that it also jeopardises efforts to meet the Sustainable Development Goal of health for all by 2030 – a pledge made by the international community in 2015.

This is despite the fact that both countries train more health professionals than they need, in the knowledge that many will work abroad.

Of much greater concern was the lack of available workers throughout Africa and parts of the Americas, Baroness Watkins cautioned, mirroring the report’s findings that the greatest staffing gaps are also in South East Asia and the Eastern Mediterranean region.