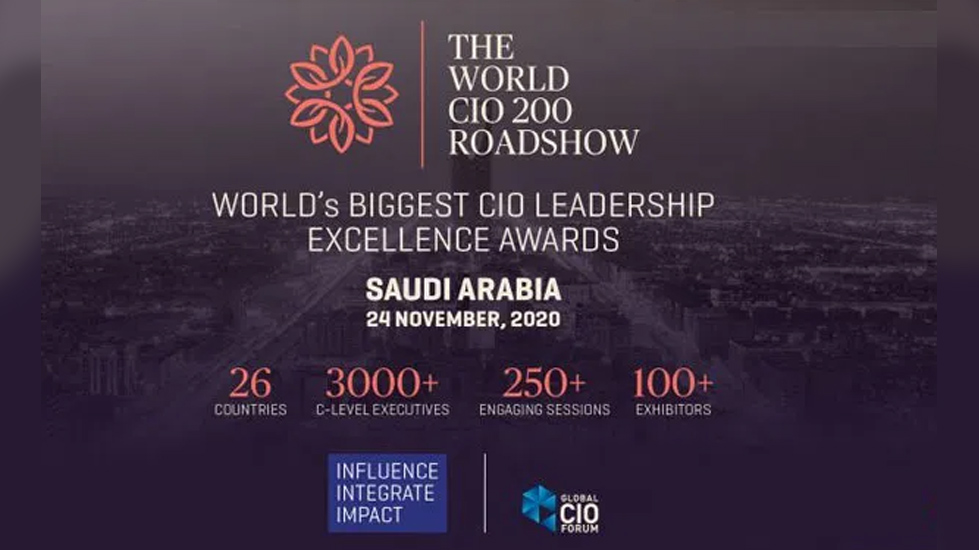 After captivating audiences in Qatar, the World CIO 200 Roadshow 2020 moved over to Saudi Arabia. On November 24, the Saudi edition of the roadshow unfolded, virtually, in front of a packed audience made of digital leaders and enthusiasts from the region. Organised by the Global CIO Forum, this year the roadshow will tour 26 countries and provide a platform for 100+ exhibitors and 250+ engaging sessions. More than 2500 CIOs and IT heads will be recognised.

The roadshow is being hosted in a virtual convention that includes sponsor booths, expo halls, networking lounges, hall of fame, a main auditorium for live sessions, as also fun activities such as a treasure hunt and a photo booth.

About the Saudi Arabia edition

For the Saudi edition, the Inspire 10 on 10 session was presented by Sourav Sinha, CIO, Indigo Airlines. These sessions are a unique addition to the World CIO 200 Roadshow 2020, and feature path-breaking sector case studies. Sinha talked about how building a connected airline has been a core IT strategy at Indigo, and the pandemic has underlined the importance of making businesses more efficient. Especially the airlines business where the margins are already wafer-thin. The pandemic has also reduced human to human interaction and made it imperative to focus on the implementation of airport-wide biometric identification solutions. Sinha offered the example of the journey an airhostess undertakes, from home to work. Indigo has digitised the experience, right from car pickup to delivering the passenger manifest and crew details. Everything is now available on the phone, and can be absorbed even before the staffer reaches the airport. The digitally enhanced journey continues at the airport and even on the plane where, for example, delivering meals no longer involves paperwork and has been entirely digitised.

Sinha’s handed the stage over to Abdullah Albaz, KSA Sales Manager at Pure Storage. He talked about how his organisation has been focused on flash storage and the need to get the maximum business value out of data. The infrastructure world has changed and customers with legacy systems will face growing challenges. Pure Storage key approach to cloud is to be simple, fast, any time.

The next session was by Mohammed Tamimi – Regional Sales Director, Rubrik, who talked about how Rubrik has been built from scratch and has a completely different approach to backup. Rubrik offers converged backup appliances that includes four nodes in each. The company has also gotten rid of the pain point of having to buy licences for various activities. The four-node concept does everything required within the appliance itself. And it can not only scale up but also scale out. The solution is also immune to ransomware and hack attempts, has deep search capabilities and the backup can be quicky switched to live production box to avoid any downtime.

The Saudi edition of the Cross-border panel, which brings together technology decision-makers from different countries, included:

Saiful Bakhtiar Osman noted that the current situation was unprecedented and the traditional way of working was no longer applicable. The process of decision-making too has changed and the board of directors are more readily available on video calls. Management is open to virtual conferences and increased participation. More pertinent, the opinions of CIOs are getting heard, while their recommendations now have more impact.

Abdul Rahim Ahmad from Pakistan pointed out that CIOs now have a seat at the table when strategic priorities of a business are finalised. He sees CIOs move from a technology leadership role to a cross-functional leadership role. Businesses can no longer survive without CIOs. CIOs are driving business continuity, and need agility to quickly adapt to changing circumstances. Ahmad asserted that he sees CIOs gradually move into the COO role.

Venkatesh Mahadevan agreed that the CIO role has changed dramatically from what it was 10 months back. This reality is going to continue for a while and CIOs need to prepare organisations to ride on a technology wave. The CIO is going to play a crucial role in an organisation for the next five years at least. In fact, Mahadevan insisted that technology is no longer going to be a support function. It is going to be at the forefront of innovation in an organisation. CIOs need to wear the hat of a strategic leader. “It is time for the CIO to become a responsible leader. It is time to step back and ask, ‘What am I going to do with the team I have?’”.

Mohammed Mahnashi agreed that CIOs need to be agile and rapidly adopt change. He noted how the pandemic has impacted everything from medicine delivery to education, which has increasingly become cloud-based and moved to distance learning. The current situation is also the right time to innovate and devise solutions that achieve in a few days what earlier took a few months. “This is also an opportunity for CIOs to share insights with other CIOs,” added Mahnashi.

And the winners are

The final highlight of the Saudi Arabia edition session was the CIO 200 Country Awards, given to CIOs who have been the catalyst in bringing about change in this challenging year. The winners also received blockchain certificates. This year, the list included: 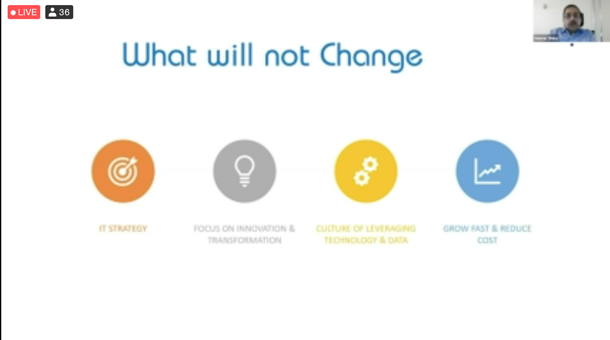 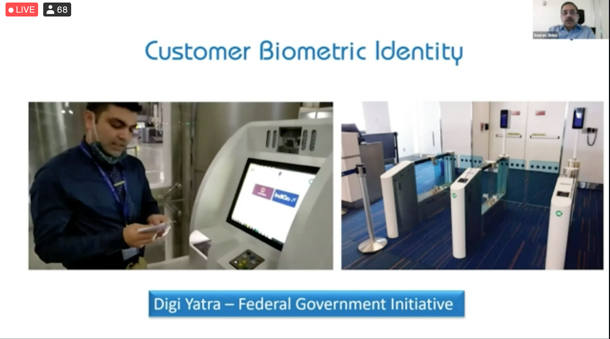 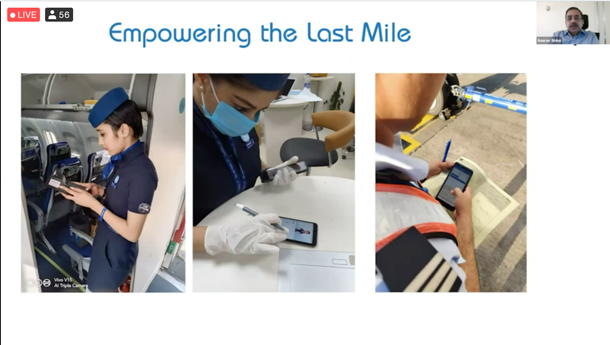 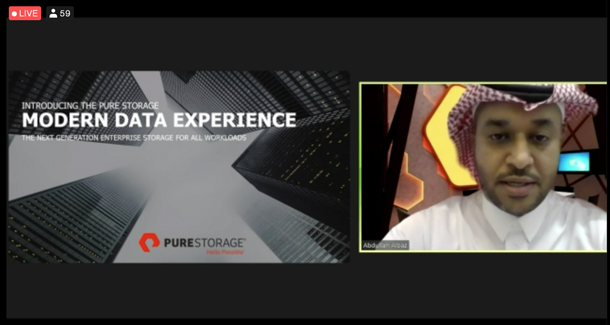 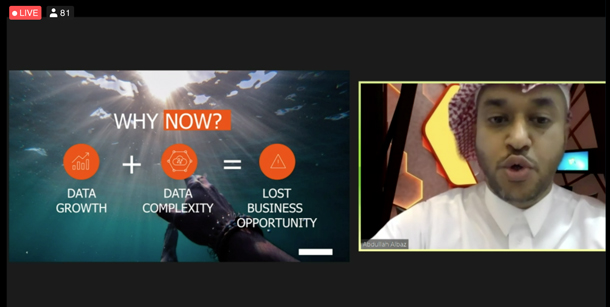 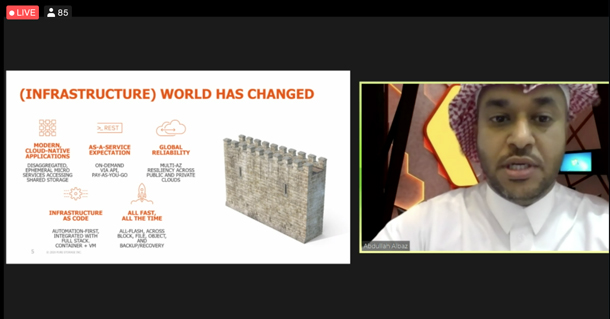 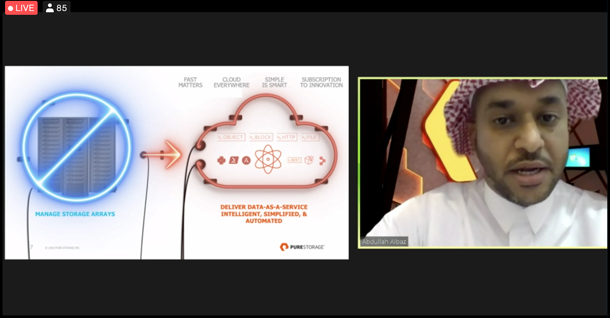 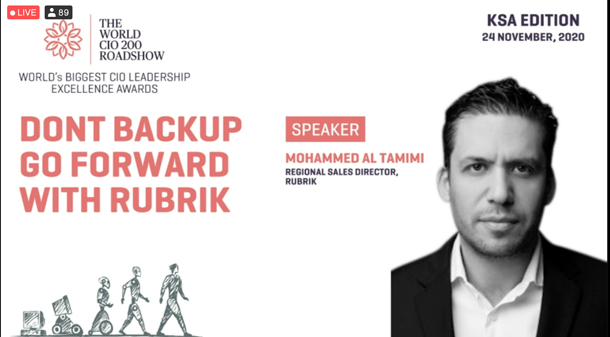 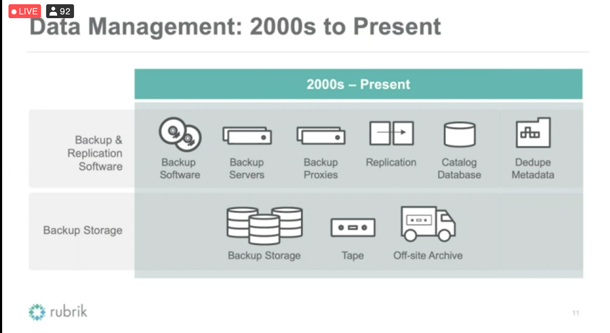 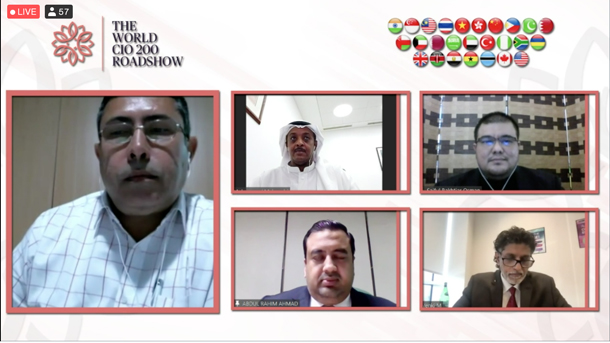 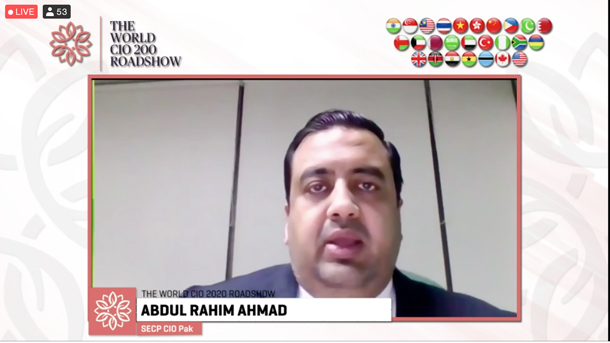 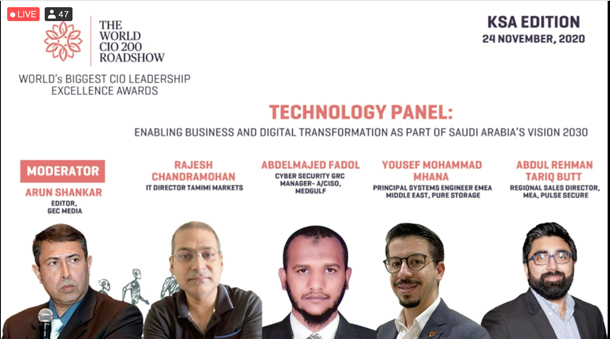 Established in 2017, The CIO 200 Summit is a multi-country CIO felicitation ceremony that recognises achievements of digital leaders. The CIO 200 Awards are not a competition but a celebration of the amazing lives of CIOs and their game-changing careers.

The 2019 edition of the event toured 15 countries and gathered over 3000+ delegates over a span of three months. Key stakeholders tabled roadmaps for strategic decision making and identified yardsticks that are the key drivers of growth in the digital world. The World CIO 200 Summit 2019 concluded over December 09-10 with a gala event at the Double Tree Hilton in Ras Al Khaimah. The highlights from the 2019 edition can be seen here.

The role of a CIO is one of the most critical one in today’s business and industry. Today, CIOs hold the future of innovation, productivity and competitiveness in their hands. At the Global CIO Forum, we not only provide our members with an exchange forum for best IT leadership strategies and practices to enhance business results, but we are also developing a strong voice to ensure that CIOs are represented at key industry and government decision tables. In other words: Integrate. Influence. Impact.

The Global CIO Forum’s mission is to represents IT Executives and CIOs globally. Currently working in META region and with expansion plans globally, the Global CIO Forum is a non-profit community of CIOs and IT leaders whose mission is to facilitate networking, sharing of best practices and executive development, and to collaborate on issues faced by the CIOs and IT executives. 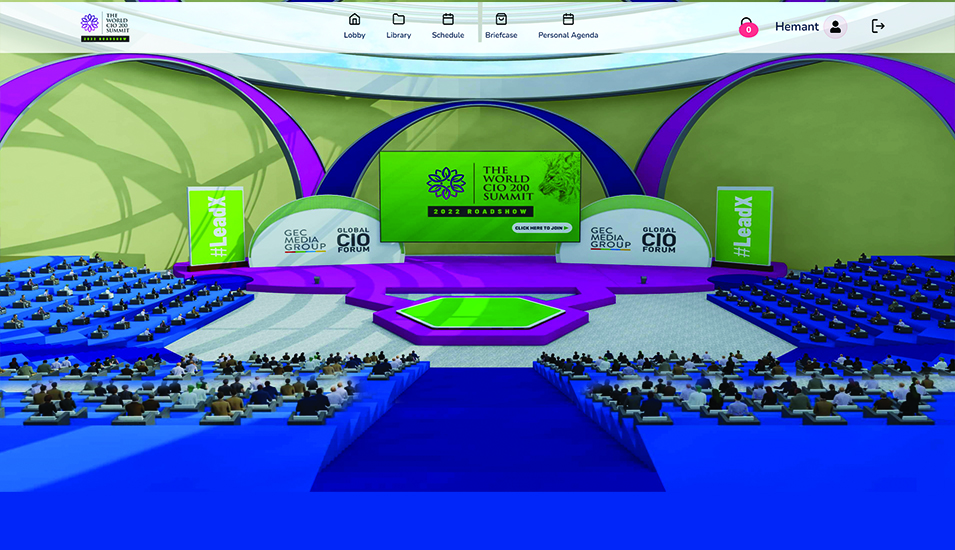 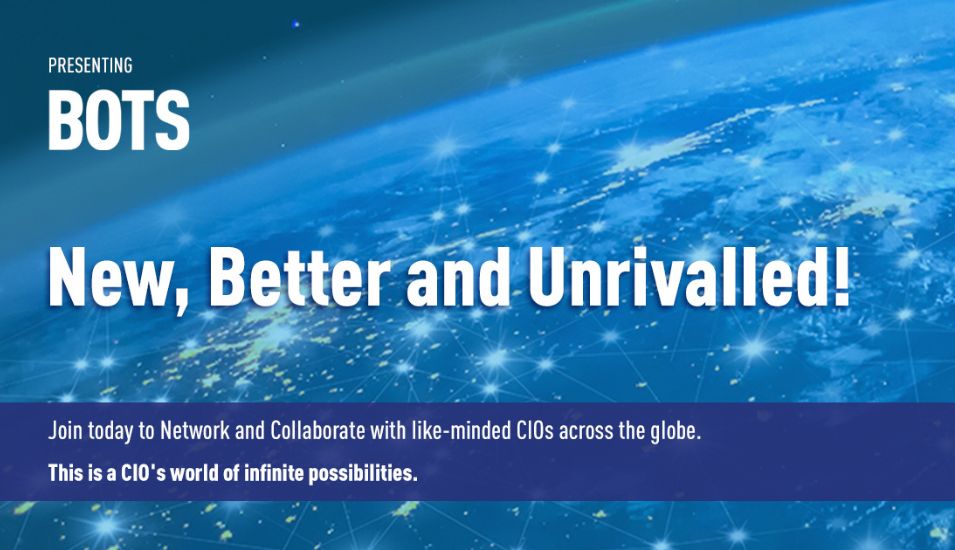 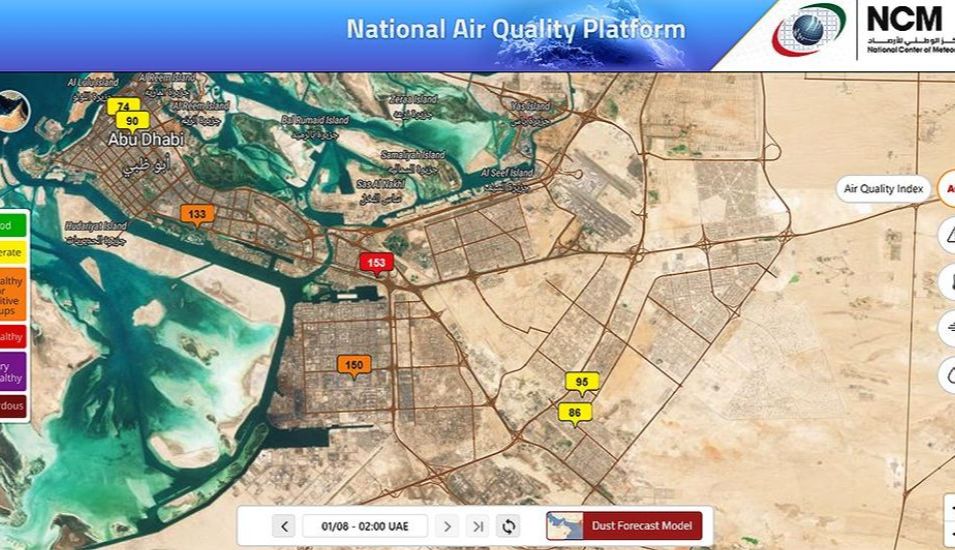