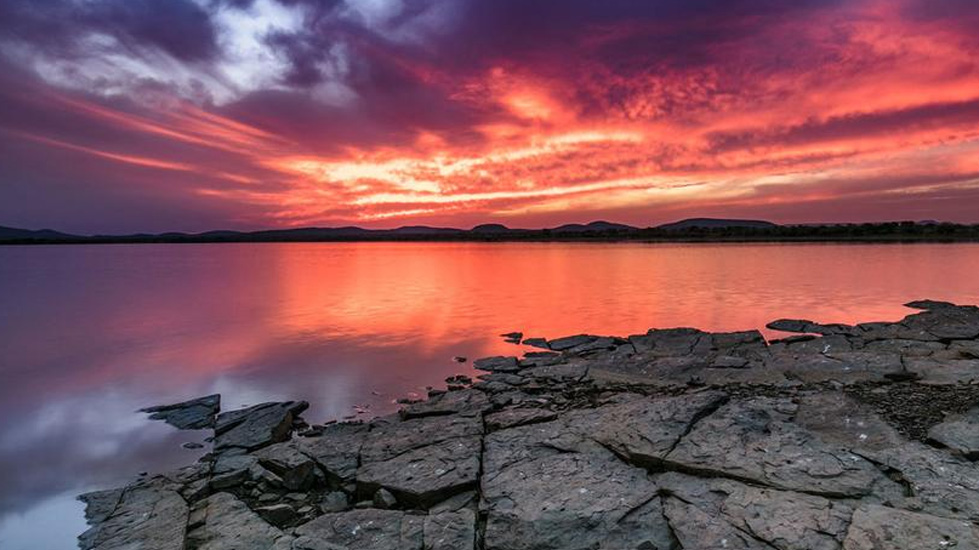 “This drop of emissions of six per cent, that’s unfortunately (only) short-term good news”, said Professor Petteri Taalas, World Meteorological Organization (WMO) Secretary-General, in reference to a 5.5 to 5.7 per cent fall in levels of carbon dioxide due to the pandemic, that have been flagged by leading climate experts, including the Center for International Climate Research.

Once the global economy begins to recover from the new coronavirus, WMO expects emissions to return to normal.

“There might even be a boost in emissions because some of the industries have been stopped”, the WMO head cautioned.

CO2 at record levels once again

Latest data from WMO published to coincide with the 50th anniversary of Earth Day, on 22 April, indicates that carbon dioxide (CO2) levels and other greenhouse gases in the atmosphere rose to new records last year.

The gas “remains in the atmosphere and oceans for centuries. This means that the world is committed to continued climate change regardless of any temporary fall in emissions due to the Coronavirus epidemic”, the report states, with data indicating that CO2 concentrations are on track “to reach or even exceed 410 ppm by the end of 2019”.

The forecasted fall in carbon emissions is mirrored by decreases in levels of common air pollutants from car exhausts and fossil fuel energy, such as nitrous oxide (N2O) particles.

“Their lifetime is typically from days to weeks, so the impact is seen more rapidly”, Professor Taalas said. “But these changes in the carbon emissions, they haven’t had any impact on climate so far.”

Cleaner air even in most polluted cities

Highlighting the dramatic improvement in air quality in major cities and industrialised regions “in several parts of the world”, the WMO chief noted that this has been the case “in China, in India and also here close to us in the Po Valley in northern Italy, which is one of the most polluted areas in Europe. And we have seen that also in individual cities like Paris.”

Climate change was “of a different magnitude” to the problems posed by the new coronavirus, Professor Taalas insisted, underscoring its serious health risk, along with a devastating economic impact.

Mitigating climate change is a question of survival

Given the fact that the last 50 years have seen the physical signs of climate change – and their impacts – gathering speed at a dangerous rate, the WMO Secretary-General insisted that unless the world can mitigate climate change, it will lead to “persistent health problems, especially hunger and inability to feed the growing population of the world and there would be also more massive impact on economics”.

Since the first Earth Day in 1970, carbon dioxide levels have gone up 26 per cent, and the world’s average temperature has increased by 0.86 degrees Celsius (33.5 Fahrenheit).

The planet is also 1.1C (nearly 34F) warmer than the pre-industrial era and this trend is expected to continue.

In its latest report warning of the impacts of climate change, the UN agency confirmed that the last five years were the hottest on record.

This warming has been uneven, with Europe seeing the highest change in the last decade (of around +0.5C, or 32.9F) and South America experiencing the least change.

Others key indicators showed an acceleration of climate change in the past five years.

These include ocean heat and acidification, rising sea level (up 112 millimetres since 1970), glacier melt and Arctic and Antarctic sea ice shedding (with ice loss five times higher in last five years, compared to the 1970s).