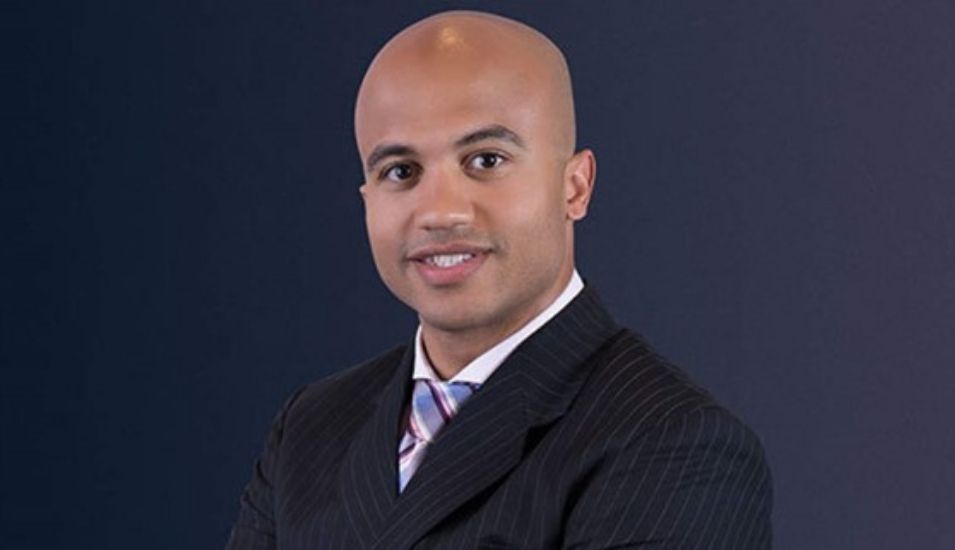 It is no secret that Asia on the whole managed the coronavirus pandemic much better than most western countries. By way of example, as of early March, Taiwan, had reported 955 confirmed virus cases and just nine deaths. In comparison, the UK, albeit with a three times larger population, had nearly 4.2 million confirmed cases and 123,000 deaths. Owing to much less disruption, Asia’s already rising relative importance in the global economy has therefore increased further.

Beyond the one-off impact of the pandemic, there are some more powerful underlying drivers of Asia’s rising economic contribution and the great eastward shift. Some of these factors, such as large populations with fast growing incomes, helped by urbanisation etc, have been recognised for some time. However, we think some emerging aspects might be less well appreciated.

Firstly, an important driver of the great eastward shift is Asia’s rapidly growing regional integration. This was already evident in a host of indicators. For instance, 60% of goods traded by Asian economies are within region, 59% of foreign direct investment, FDI, is intraregional, and likewise 74% of Asian travel.

Supercharging this trend in the coming decade however will be China’s Belt & Road Initiative, BRI, costing an estimated $1 Trillion, this is probably the most ambitious infrastructure project ever conceived. It will surely further boost Asian regional growth and integration. While the magnitudes can be debated, we are among those with a relatively optimistic take on the BRI’s transformative potential.

Secondly, another regional growth accelerant and driver of the great eastward shift is Asia’s growing exposure to the technology sector. Simply checking the made-in-label for today’s countless electronic gadgets and smartphones is a reminder of this.

However, less appreciated we think is Asia’s upward progress in terms of global technology value addition. This is evidenced by the high exposure of the likes of South Korea and Taiwan to the emerging tech themes such as 4G, the internet of things and automation. A critical driver of this is Asia’s growing investment in research and development. A host of indicators, some of which are shown below, reflect the pay-off from this. For example, Asia has captured 87% of global growth in patent filings over the past decade. 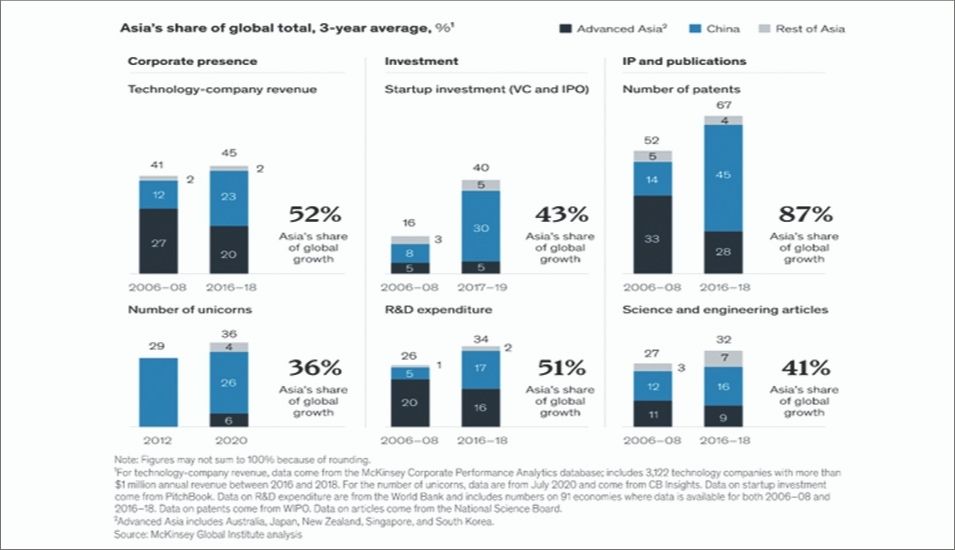 Thirdly, it would not be far-fetched to suggest that tackling climate change is today’s most pressing shared long term global policy goal. In this respect, Asian countries, are widely recognised as among the biggest contributors to Co2 emissions in recent decades. Less appreciated however is the dominant role of Asia, led by China, in reversing the damage.

Indeed, China is now the world leader in renewable energy production. From the growth and investment perspective, the global push towards green is also a huge opportunity as the world’s largest producer and exporter of solar panels, wind turbines, batteries, and electric vehicles, it is again China that leads here.

For India, its signing of the Paris Agreement in 2015, was something of an inflection point in its drive towards more sustainable outcomes. Its current renewable power capacity, including from hydropower, is 118GW, which is the fifth highest in the world. However, the government is aiming to more than quadruple this to 500GW by 2030. This kind of commitment entails rapidly proliferating opportunities. By way of example, ReNew Power, one India’s top unicorns, raised $1 billion in funds this year alone for its wind and solar businesses.

Finally, continuing the investment perspective, there is the growing expansion of Asian capital markets to consider. On the sovereign bond front, Asian issuers’, excluding Japan, share of the FTSE World Government Bond Index, WGBI, at the start of 2021 was just 3%. This is far below Asian countries’, excluding Japan, 27% share of global GDP. A key reason for this mismatch is the historic external capital restrictiveness of some key Asian markets. For example, foreign investors hold only 2-3% of China’s $14 trillion overall bond market and around 3% of its $12 trillion stock market. In the case of India similarly, foreign investors hold only 2% of its $1.8 trillion bond market.

However, the key point regarding capital markets is that many emerging Asian countries, including most notably China and India, are now very much on the liberalisation path. This is reflected in their steadily rising shares in leading global equity and bond indices. In turn, over the next few years, this will support significantly increased capital inflows to Asia, more in line with the region’s rising economic footprint.

In 2020, the relative stability of the regional economy in very tough global conditions was also reflected in Asian government bond and local currency outperformance. Improving access should therefore support portfolio diversification and offer more opportunities to capitalise on some of the most powerful global themes of the time.