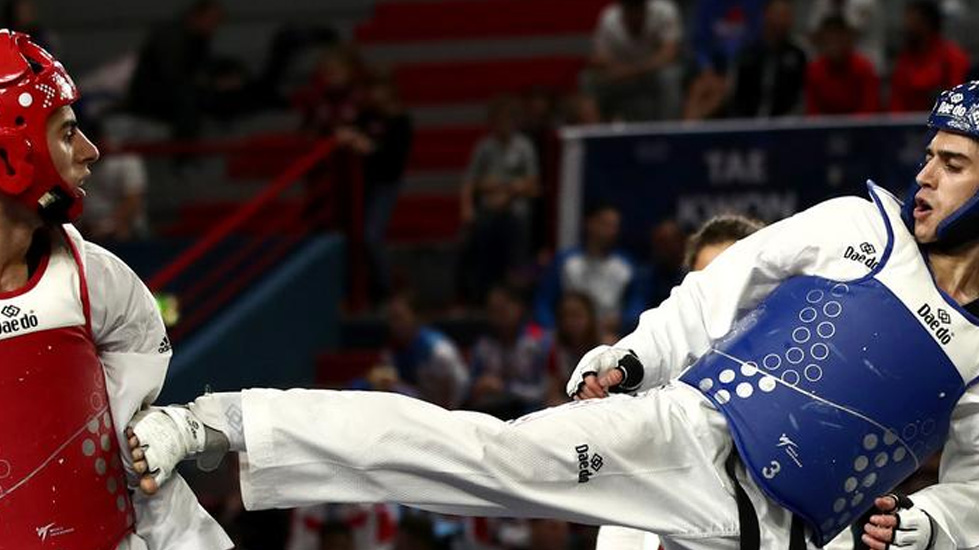 Four years ago at the 2016 Rio Olympics, the world cheered on athletes from the first ever Refugee Olympic Team, competing under the famous five-ringed flag of the organization, in order to raise awareness of the plight of refugees worldwide.

June, when World Refugee Day is celebrated, was supposed to be the month when the IOC would announce the make-up of the team travelling to compete in Tokyo, but, with the COVID-19 pandemic forcing the Committee and city of Tokyo to postpone the Games, qualifiers are on hold.

But the refugee athletes themselves, are doing their best to stay fit, while complying with lockdown measures across the world.

The loneliness of the refugee runner

Jamal Mohammed is a distance runner, specializing in the 10,000 metres. In his early teens, he was forced to leave his mother and siblings, and flee his home in the Darfur region of Sudan.

Eventually, after travelling through Egypt and the Sinai Desert, he reached Israel, where he was granted refugee protection, and settled in Tel Aviv. There, a sports club in Tel Aviv that provides opportunities to underprivileged athletes, helped him get on his feet. He was given the chance to train, as well as help integrating into a new society that he could call home.

“Without the Alley Runners Club, life would have been much harder. When I joined, it helped me to connect with people and make new friends. The club sent in the refugee scholarship application to the IOC, so their support means a lot to me.

When the COVID-19 pandemic spread, I was training in Ethiopia and, when I came back, I had to go into quarantine. I had nowhere to go, but some friends were kind enough to rent a place for me. Now, they have even let me live with them, and stay fit by using a treadmill. They have become my second family!

I feel very lucky to be here, in Israel. Despite the current disruption, I am going to keep working hard, in the hope of making it on the team, and competing in the 5,000 and 10,000 metre races.

Although I can’t run under a national flag, I am very proud to be representing the millions of refugees around the world. I had to leave everything behind, including my family, and I hope that, when people see us compete in Tokyo, it will help them to understand what it means to be a refugee, and what we have had to go through.”

The athlete kicking his way into contention

Ehsan Naghibzadeh competed for his country in years gone by. He was a member of the Iranian national Taekwondo team for eight years, winning multiple prizes in competitions around the world, including a gold medal at the West Asian Games, a 2nd place at the Asian Club Championships, and at the World University Championship. He also competed in the World Championships in Mexico.

However, in 2015, he fled his homeland, and is now in Switzerland, with refugee status. Since arriving in the country, he has continued to win multiple prizes at international events, including third place at the European University Games.

Although Switzerland is beginning to open up from COVID lockdown, Mr. Naghibzadeh told UN News that, for him, training options remain limited:

“At the height of the pandemic, it was very hard to train, and I could only really work on fitness. More recently, I’ve been able to go to a gym, but there are still limits to what I can do: I’m not allowed to kick targets or, more importantly, spar. This is a big problem, because sparring is essential practice in Taekwondo. So, for now, I concentrate on keeping my fitness levels up.

I live in Appenzell, a rural part of eastern Switzerland and I have to travel to Winterthur or Zurich to use the gym. This means I spend between four and five hours a day in the train. My sister says that I should be in the Guinness Book of Records, for the amount of time I spend travelling by train!

But I don’t mind. It’s worth it. Sport was my life before, in Iran, it’s my life now and will always be the most important thing in my life, whatever happens next year. I go to university two days a week, to studying for a degree in sports management, and I am planning to become a Taekwondo and fitness coach.”

The decision to have an IOC Refugee Olympic Team at the Tokyo Games, builds on the legacy of the Team that competed in Rio 2016, which also led to the creation of the Olympic Refuge Foundation.

Working closely with UNHCR, the Foundation supports projects beyond the Games, offering ongoing assistance for refugees and displaced people, by creating safe sports facilities, and developing sporting activities. The aim of the Foundation is for one million forcibly displaced young people to have access to safe sport, by 2024.