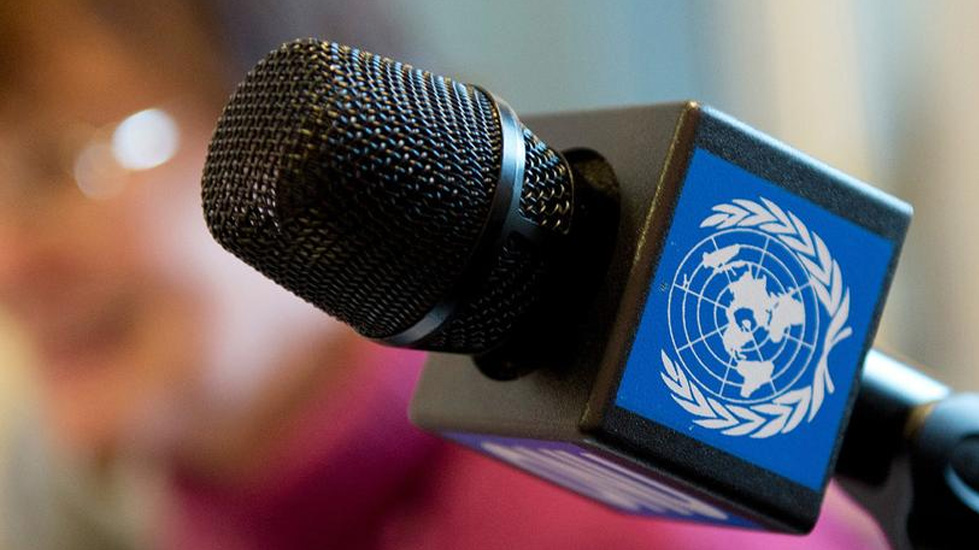 ‘No time to blame the messenger’ warns UN rights chief, amidst media clampdowns

Against the backdrop of restrictive measures against independent media imposed by several States, as well as the arrest and intimidation of journalists, UN High Commissioner for Human Rights, Michelle Bachelet, expressed alarm over clampdowns that are stifling the free flow information, vital in getting the COVID-19 under control.

“Some States have used the outbreak of the new coronavirus as a pretext to restrict information and stifle criticism”, she said. “A free media is always essential, but we have never depended on it more than we do during this pandemic, when so many people are isolated and fearing for their health and livelihoods”.

The UN human rights chief maintained that some political leaders have created a hostile environment, which compromises the safety and ability of journalists and media workers to do their job.

“This is no time to blame the messenger”, she said. “Rather than threatening journalists or stifling criticism, States should encourage healthy debate concerning the pandemic and its consequences”.

According to the International Press Institute, since the start of the outbreak there have been more than130 alleged violations of basic press freedom, including more than 50 reported instances of restrictions on access to information, censorship and excessive regulation of misinformation.

Moreover, nearly 40 journalists have reportedly been arrested or charged in the Asia-Pacific, the Americas, Europe, the Middle East and Africa, for stories critical of government responses to the pandemic or for questioning the accuracy of official numbers of COVID-19 cases and deaths. And the actual number of media violations and arrests is probably far higher, the Press Institute said.

The UN human rights office zeroed-in on reports of journalists disappearing after publishing coverage critical of the coronavirus response with several news outlets even being ordered closed by the authorities over their reporting.

“People have a right to participate in decision-making that affects their lives, and an independent media is a vital medium for this”, underscored Ms. Bachelet.

“Being open and transparent, and involving those affected in decision-making, builds public trust and helps ensure that people participate in measures designed to protect their own health and that of the wider population and increases accountability”.

Independent media provides a platform for medical professionals and experts to freely share information with each other and the public.

Echoing the Secretary-General’s concerns over a “dangerous epidemic of misinformation” surrounding the pandemic that is generating confusion and more ill-health, Ms. Bachelet paid tribute to independent media journalists whose fact-checking provides truth and clarity.

“Journalists are playing an indispensable role in our response to this pandemic, but unlike the grave threats posed to other essential workers, the threats media workers face are entirely avoidable”, the UN human rights chief said. “Protecting journalists from harassment, threats, detention or censorship helps keep us all safe”.

Responding to journalists at a press conference in Geneva, the UN human rights spokesperson, Rupert Colville, said that the leaders criticizing journalists were often those who had previously behaved similarly, refusing to tolerate criticisms of their policies.

He noted, however, a worrying trend of attacks against journalists that included instances in China, Saudi Arabia and the United States, amongst others.

When asked about President Trump’s media briefings on responding to the pandemic, Mr. Colville upheld that journalists play an important role, especially in the complex issues surrounding the pandemic – such as when and how it was safe to ease restrictions – saying, “such issues required a public debate”.