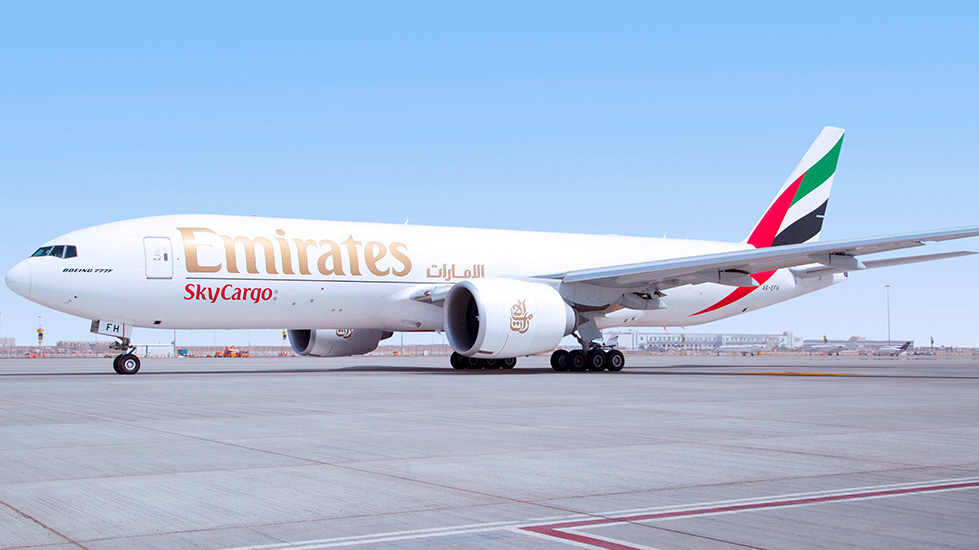 Emirates SkyCargo imports 34,000T of food into UAE between January-April 2020

Emirates SkyCargo has utilised the cargo capacity on its Boeing 777 freighter and Boeing 777-300ER passenger freighter aircraft to help maintain and replenish food supplies in the UAE during the Covid-19 pandemic. The air cargo carrier has helped import more than 34,000 tonnes of food into the country between January and April 2020, out of which 13,000 tonnes were imported between March and April. In the month of April alone, Emirates SkyCargo helped bring in food supplies into the UAE from over 35 countries around the world.

Emirates SkyCargo is currently operating flights to around 60 global destinations on a scheduled basis and to many more destinations as charter and ad hoc operations. Food bound for the UAE is loaded on these flights from markets across the world. With its access to expertise in specialised handling for perishables through its Emirates Fresh product, Emirates SkyCargo ensures that the produce reaching the UAE maintains its freshness during transit.

The air cargo carrier has helped import more than 34,000 tonnes of food into the country between January and April 2020

In addition to securing UAE food supplies, Emirates SkyCargo also provides a boost to the local economies of the various countries it operates to by providing a lifeline for the agricultural and other produce exporters. The export revenues generated from trade of fruits, vegetables, sea food and meat support the livelihoods of farmers and growers in these regions. Recently, the air cargo carrier announced that it would be working with the Australian government to facilitate exports of Australian agricultural and sea food commodities.

“Despite the severe reduction in the number of flights we operate and the resultant reduction in the amount of cargo capacity we can work with, we have given top importance to maintain food supplies in the UAE as we consider this our responsibility. Through our regular cargo flights from major food production markets such as Australia, Egypt, India, Kenya, Pakistan and many other nations, we have been able to import quality food items. This has helped keep store shelves in the UAE well stocked with the familiar and comfort food items that puts a smile on people’s faces. We are also thankful to the support from the various UAE authorities who have helped facilitate these imports during such critical times,” said Nabil Sultan, Emirates Divisional Senior Vice President, Cargo.