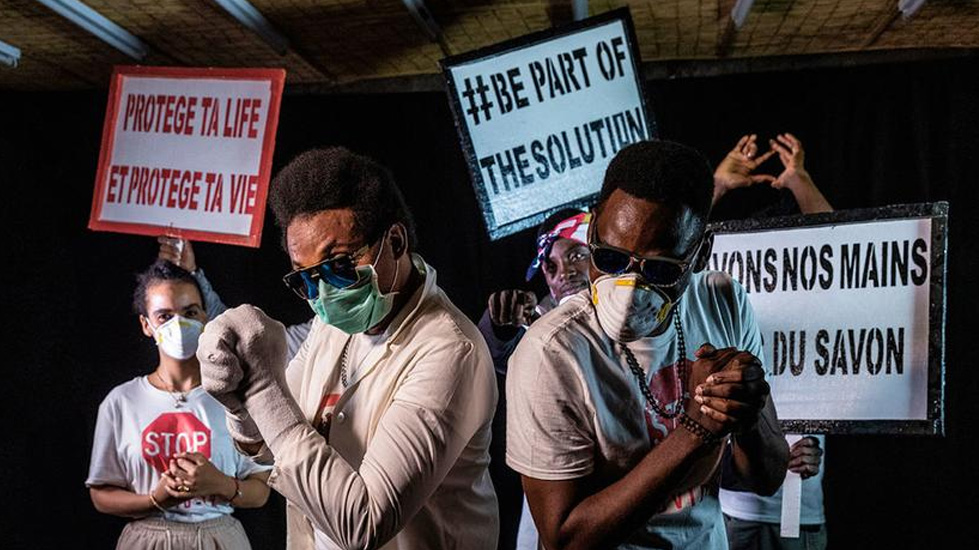 They are creating public service announcements, songs and music videos as part of an online campaign called #DontGoViral which has already reached more than 90 million people in the past week alone.

“The success of the DontGoViral campaign underlines the resilience and creativity of women and men on the African Continent to harness the power of cultural diversity to effectively combat the infodemic that is proving to be just as viral as the pandemic itself,” said Audrey Azoulay, the UNESCO Director-General.

“Their contributions highlight the fact that cultural players are a much-needed part of the solution.”

UNESCO and the Innovation for Policy Foundation, or i4Policy, launched #DontGoViral on 1 April.

The campaign crowdsources creative content that addresses the urgent need for culturally relevant open sourced information about COVID-19 in African languages, so that communities can learn how to avoid spreading the virus and related misinformation.

UNESCO and UNHCR, the UN Refugee Agency, partnered with the Raised Fists collective from Niger to mobilize awareness in that country.

The collaboration also resulted in a song called Protect Your Life, with lyrics in Djerma, Haoussa, Tamashek and French.

The song states in part that “We are at war against an invisible enemy/ For once, by keeping our distance we will be invincible/ I know you’ve always dreamed of being Superman/ But stay home, you’ll see it’s super, man”.

Rapper Danny Lee, a member of the seven-person collective, believes their message speaks to millions.

“We hope our voices and that of Fulani Bororo singers, the nomadic people of the Sahel, will reach every cultural and linguistic region of Niger and even beyond our borders; through all of West and Central Africa,” he said.

Refugees part of the solution

The music video for Protect Your Life was shot while in confinement. It was filmed in Danny Lee’s studio, and in the Niamey hospital to pay tribute to its staff who are working around the clock in the crisis.

Several refugees also star in the video. Having fled conflict, these men and women now produce soap and bleach which are distributed to vulnerable communities in Niger, which is hosting around 500,000 displaced persons.

“Refugees are essential actors in the public health response and a key element of social cohesion, including in the eyes of the population that welcomes them”, said Alessandra Morelli, UNHCR Representative in Niger.

“Producing soap and other cleaning products, they become an integral part of the fight against the transmission of the virus. Our aim is for every refugee and every member of the host community to have locally produced soap, bleach and masks.”

So far, #DontGoViral has received more than 500 submissions from more than 40 African countries. Millions are following the campaign on Facebook and Twitter. The videos have also received countless plays on YouTube or on radio stations around the world.