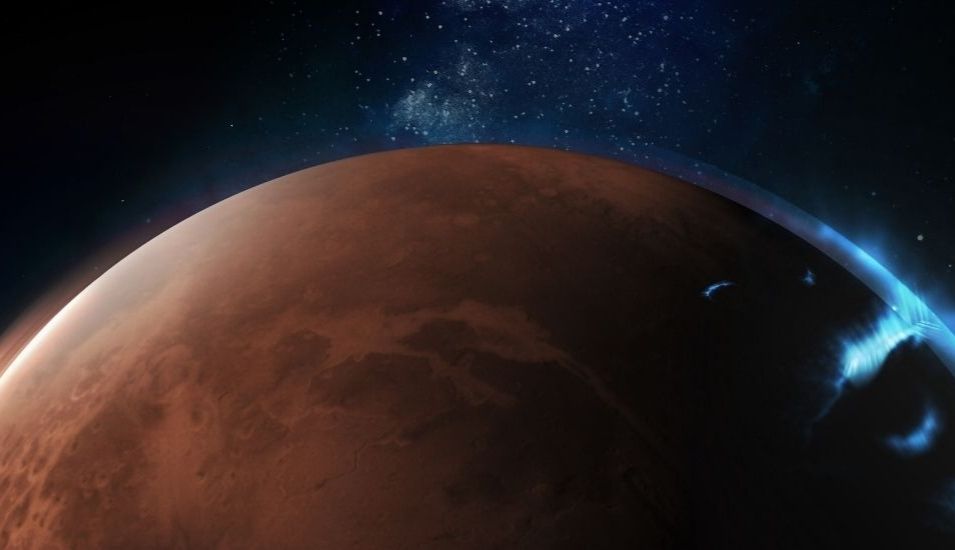 In June, Emirates Mars Mission, released images of Mars in far-ultraviolet, providing insights into discrete aurora phenomenon in the nightside atmosphere. These snapshots of the discrete aurora of Mars are the first time such observations have been made globally. The implications for understanding of Mars’ atmospheric and magnetospheric science are tremendous and provide support to the theory that solar storms are not necessary to drive Mars’ aurora.

Images, taken by the Hope Probe’s Emirates Mars Ultraviolet Spectrometer instrument, show a ghostly glow known as the discrete aurora. Its intricate patterns trace out regions where Mars’ enigmatic crustal magnetic fields act like a funnel to guide fast electrons from space down into the atmosphere, causing it to shimmer in a manner similar to Earth’s aurora.

This influence of localised magnetic fields is a unique feature of the Red Planet as Mars, unlike Earth, does not have a global magnetic field generated by the planet’s core. The most sensitive ultraviolet instrument yet to orbit Mars, Emirates Mars Ultraviolet Spectrometer is able to image these dynamic auroral events globally at high resolution and across a wide range of wavelengths, providing an unprecedented window upon the interaction of the atmosphere with solar particles.

While previous studies had theorised, the discrete aurora is tied to Mars’ magnetic fields and existing observations had been consistent with that theory, prior images of this phenomenon at this quality had only been available as artist’s impressions. The data confirms the potential of exploring Mars’ aurora and the interactions between Mars’ magnetic fields, atmosphere and solar particles.

One of three instruments on board the Mars Hope Probe, Emirates Mars Ultraviolet Spectrometer’s principal science goal is the measurement of oxygen and carbon monoxide in Mars’ thermosphere and the variability of hydrogen and oxygen in the exosphere.

Members of the science team who had previously worked on the MAVEN Mission had recognised the potential for the more sensitive Emirates Mars Ultraviolet Spectrometer instrument to capture new aspects of Mars’ auroral phenomena, but the results of early observations have exceeded their wildest expectations.

Three types of aurorae have been observed around Mars to date: the diffuse aurora is observed only during intense solar storms, when interactions with the highest energy particles cause the atmosphere around the entire planet to light up. In contrast, the discrete aurora is highly localised and observations made to date have appeared to bear out the theory that it is directly linked to the patchy magnetic fields produced by magnetised minerals embedded in Mars’ surface.

Both of these aurorae are observed on Mars’ nightside, while a third class, the proton aurora, has been measured on Mars’ dayside and is driven by interactions between the solar wind and hydrogen in Mars’ exosphere. These three types of aurorae had previously been identified by ultraviolet instruments aboard the Mars Express and MAVEN missions orbiting Mars, but clear global images of the discrete aurora were elusive until the new observations by Emirates Mars Mission.

Hope is following its planned 20,000 – 43,000 km elliptical science orbit, with an inclination to Mars of 25 degrees. The probe will complete one orbit of the planet every 55 hours and will capture a full planetary data sample every nine days in a two-year mission to map Mar’s atmospheric dynamics.

Emirates Mars Mission and the Hope probe are the culmination of a knowledge transfer and development effort started in 2006, which has seen Emirati engineers working with partners around the world to develop the UAE’s spacecraft design, engineering and manufacturing capabilities.

Hope is a fully autonomous spacecraft, carrying three instruments to measure Mars’ atmosphere. Weighing some 1,350 kg, and approximately the size of a small SUV, the spacecraft was designed and developed by MBRSC engineers working with academic partners, including LASP at the University of Colorado, Boulder; Arizona State University and the University of California, Berkeley.

The Emirates Mars Mission will study the Martian atmosphere, the relationship between the upper layer and lower regions and, for the first time, the international science community will have full access to a holistic view of the Martian atmosphere at different times of the day, through different seasons. In addition, it will now aim to make significant contributions to our understand of Mars’ aurorae.

The Hope Probe’s historic journey to the Red Planet coincides with a year of celebrations to mark the UAE’s Golden Jubilee. 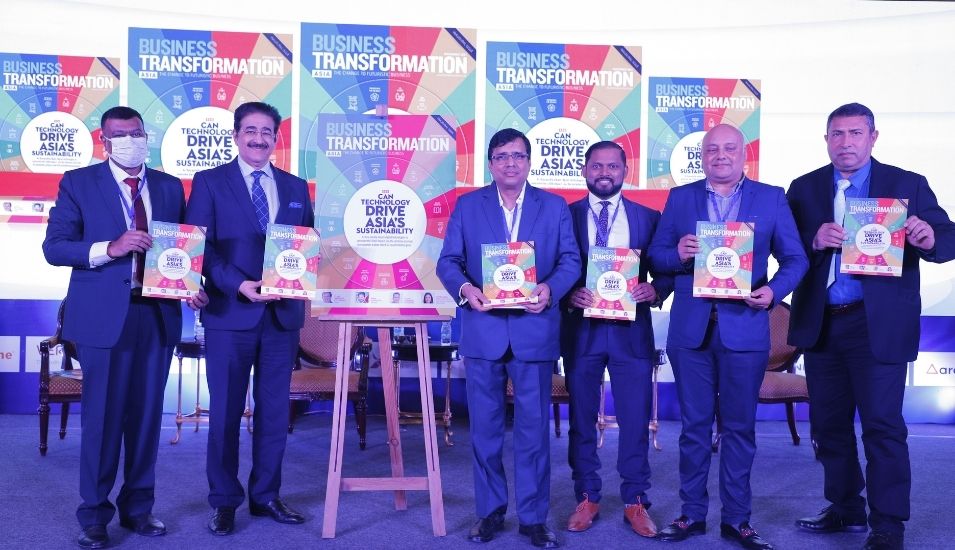 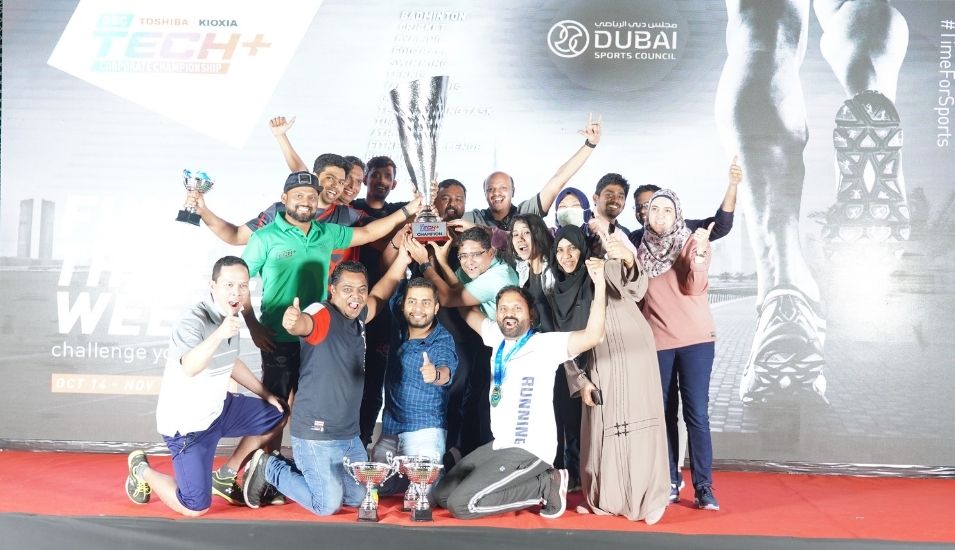 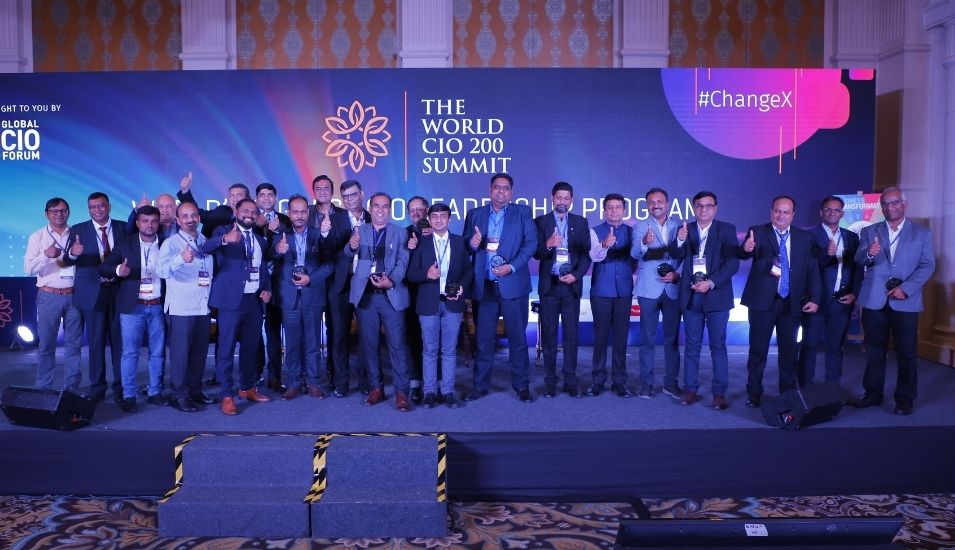